Debbie joined MUFON in 2000 and became a Field Investigator shorty after.  She is currently a MUFON Star Team Investigator, the State Director of Missouri, a member of the MUFON Business Board of Directors, The Functional Director of Underwater Research and Recovery, a Benefactor and Inner Circle member, and a MUFON Archivist.  She is also a member of Ted Phillip’s S.I.U./T.P.R.C. Team, and in 2004, organized the MUFON Dive Team along with Tom Ferrario current T.P.R.C. Team leader. Debbie has over 1200 completed UFO investigations, with over 860 of them being MUFON sighting reports. She also teaches a MUFON Field Investigator Dive Team course which instructs investigators in both in water and on shore responsibilities and protocols.

Debbie has been a Roswell 1947 crash investigator for over 25 years, has been an annual Roswell, NM July Festival speaker, and has made several speaking appearances at the “UFO Watch Tower” in Hooper, Colorado.  She was a volunteer archeologist on two NBC projects, 2002 “Roswell Crash Starling New Evidence”, which published her personal experiences in the book “Roswell Dig Diaries”, and the 2006 UFO Hunters episode “Roswell Revisited”. She

appeared on an episode of “Close Encounters” as an expert on the “1970s UFO Flap in Piedmont, Missouri”, and was an expert consultant on a San Luis Valley episode of “Mysteries in National Parks” on the Travel Channel.  Debbie was a 2017 Devils Tower “UFO Rendezvous” speaker, a 2018 “Alien Cosmic Expo” speaker in Toronto, Canada, a 2013 and 2017 MUFON Symposium speaker, a 2019 MUFON Cruise speaker, an Arkansas Paranormal Expo speaker in 2018, 2019 and 2021 in Little Rock Arkansas, and a 2021 OZ Conference speaker.  She has also made several personal speaking appearances in Missouri has been a guest SKYPE and ZOOM speaker, and been a guest on several radio shows and podcasts.

Most recently, Debbie appeared on two episodes of “Alien Highway” as a consultant, two episodes of “Alaska Triangle”, and the 2021 Discovery+ series “Roswell the Final Verdict”. Debbie is also featured in the Ben Mezrich book “The 37th Parallel” which is a chronological account of her brother Chuck Zukowski’s UFO and cattle mutilation investigations.   In 2017 she was awarded both the “Roswell Incident Excellence Award” by the Roswell Daily Record, and MUFON “Field Investigator of the Year”.

Debbie’s full-time occupation is small family business owner-manager of Largo Properties, LLC. and Custom RV & Boat Storage. Debbie became a PADI Scuba Dive Instructor in 2007 and holds teaching credentials in several dive instructor specialties including divers with special needs. She currently serves on the Board of Directors of “World of Water Foundation”, a 501c3 dedicated to giving disabled veterans and children with special needs, the chance to experience scuba diving and snorkeling. 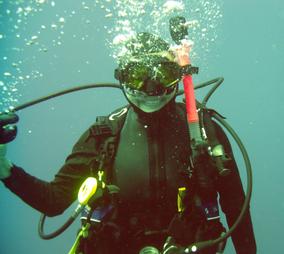 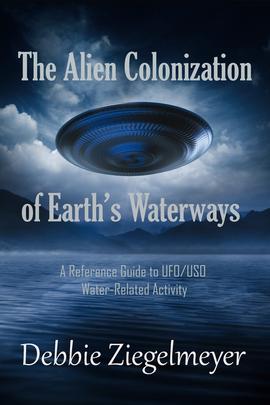 As the Director of the Underwater Research and Recovery Team for the Mutual UFO Network, a PADI Scuba Instructor, and an experienced UAP/USO investigator, Debbie Ziegelmeyer has studied the USO (Unidentified Submerged Objects) phenomenon for decades. She now brings the culmination of this work to the public in this book.

The Alien Colonization of Earth’s Waterways presents evidence of USOs and underwater bases around the world from ancient times to today. The reader will find detailed evidence presented in this one-of-a kind book dating to the Bible, through medieval times and modern times, and modern U.S. Navy sightings which have been captured on film.

Read accounts of not only submerged unidentified craft and extraterrestrials, but sightings of unidentified craft traveling on or underwater. The author compiled hundreds of reports which heretofore have not been placed in a collection such as this. Any serious UAP/USO Investigator will find this book a valuable reference. COMING SOON! 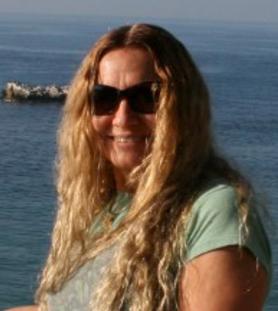